Thus far, summer has been mild with lots of rain (one might say, too much rain).  All of the roses have bloomed, with Garden Party and Tropicana being the last.  I've been following my spraying regimen for the roses of alternating Banner Maxx, Immunox, and Funginex, and I've been able to keep the black spot fungus to a minimum.  Where I noted an outbreak (Melody Parfumee is particularly vulnerable), I added in Mancozeb and that got rid of it.  All of the roses have done very well as you can see in the hundreds of photos on the web site.  The clearly non-dwarf blue spruce at the junction of the front and side yard gardens was taken down (it was already taller than the house) and a crepe myrtle was put in its place.  The daylilies and Asiatic lilies have done well, though a varmint browsed on the yellow Asiatic lily buds before I had a chance to put down varmint repellant so it won't bloom this year.  The new daylily, Indian Giver, has lots of scapes and should be quite spectacular.  The daylily Plum Perfect had its first bloom yesterday though since it rained all day I wasn't able to get out to photograph it.  Here are some photos to whet your appetite.  Hundreds more are on the web site.  (Click on a photo to enlarge it.)  The first is the new crepe myrtle. 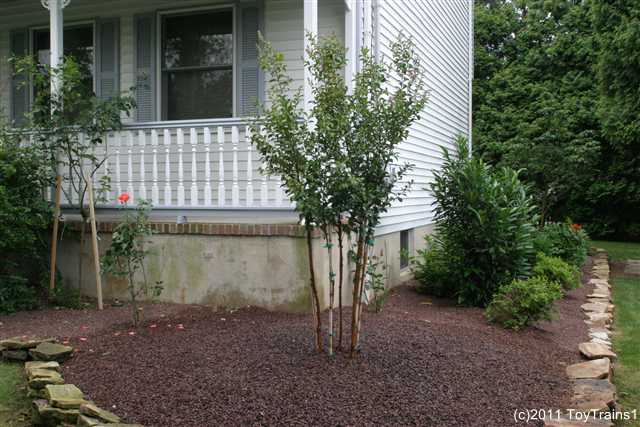 Next is the daylily Double Cutie. 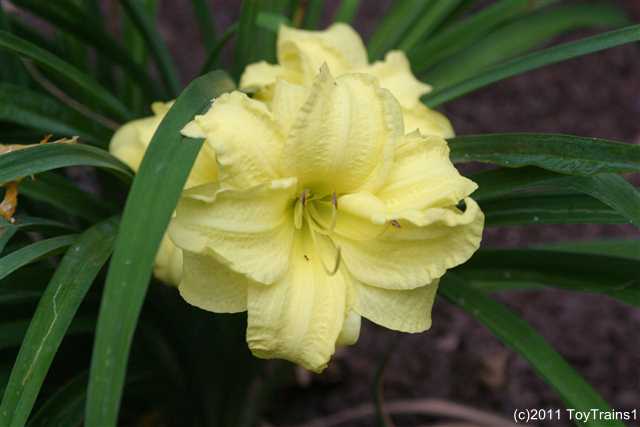 Next is the daylily Leebea Orange Crush. 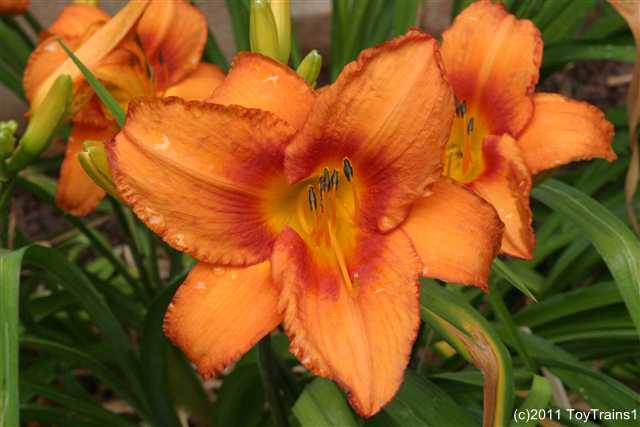 Here's the first of the Asiatic lilies. 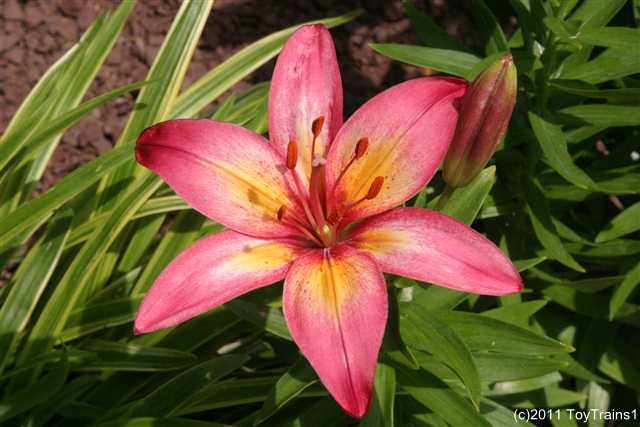 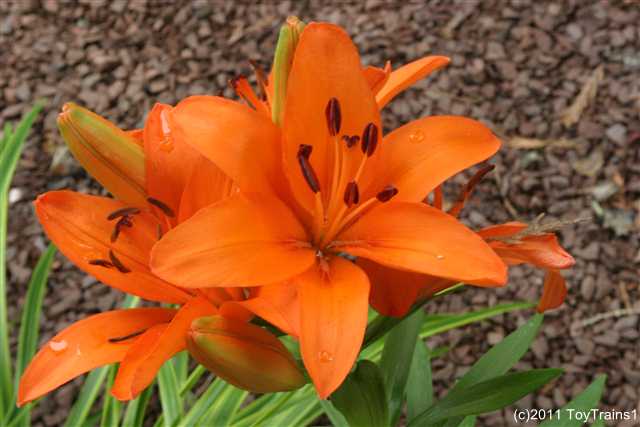 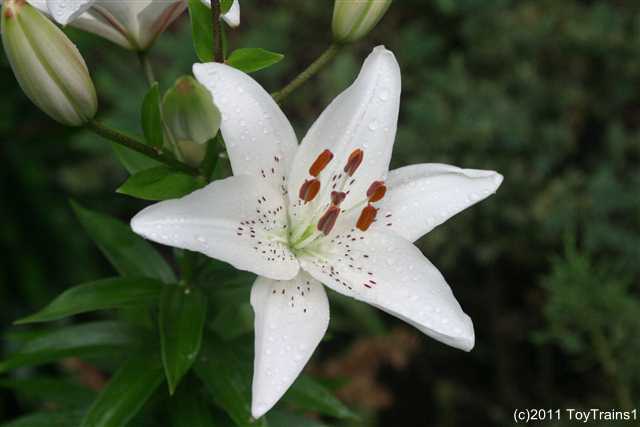 This entry was posted in Misc, Other Garden, Roses. Bookmark the permalink.